skip to main | skip to sidebar

For anyone wanting to make their own levels, I have included the full Backbone package with all the necessary files to get you started. Just extract the directory somewhere and run Backbone from Workbench on your Amiga's hard drive.

Full documentation on Backbone is in the directory to help you out.

It's something a lot of people wanted forever, but never got. Sonic the Hedgehog, although promised by Sega to be released on Amiga, never happened. Whether it was because Sega thought it would threaten Mega Drive sales, or if they thought it couldn't be done on the A500, we'll probably never know. Over the years, we upgraded our Amigas and installed Master System emulators and played those fun, but sub-par Sonic games released for Sega's 8bit systems. We viewed fake demos, and saw complete ripoffs, but we never had a real Amiga version of Sonic.

We should change that! There are plenty of Sonic fangames available for Windows, some for X-Box 360, and even a Spectrum version! While the Amiga probably won't get an exact replica of the Mega Drive game, we can make our own original game in the same style as the Mega Drive games, using ripped and edited graphics and sounds.

As there's no platform game engine available to use, unless a coder wants to help out, we'll have to use Backbone or something similar. I've been playing around with Backbone, and through EXTENSIVE tweaking, have come up with what is as close as you can get to Sonic using Backbone (which is an old freeware platform game maker, made partially in Amos). I can't code, so this is as good as I can do for now. I've tried to get the speed, animation, inertia and controls to feel like the real thing, but of course Backbone wasn't designed for these types of games. For example, it only allows you to choose a single frame of animation for your jump and fall, so it doesn't let you animate Sonic spinning around when he jumps. It also can't make enemies die when you roll into them, or when you jump at them from beneath. There are no diagonal tiles, and no moving platforms, or platforms that fall away when you stand on them.

Despite these limitations, I think we can still come up with a pretty fun game. I want to make this project open for the whole Amiga community to contribute to. Anyone is welcome to download Backbone (and its updates) from Aminet, and create their own levels. I can provide the game files I have created so far for people to test their levels with, and once they have made either some levels, tilesets, sprites or music for the game, they can submit it to us, where we can quality-test it and integrade it into the game. It has the potential to be massive if everyone has a go at adding a level or two, and it's really easy to do since there's a whole bunch of sites full of Sonic graphic rips.

Here's the latest version of the Sonic game I've made. This is it for me, I'm giving the project to the community to continue now so I can get back to working on real Amiga games. I have added a very short second level. I've pushed Backbone to its limits, but this demo should give people an idea of all that's possible to make a Sonic game. You'll see what I mean, and sorry about the jerkiness, it's as smooth as it gets in Backbone.

This one is also optimised for running on a 030,but if you compile it yourself you can change the screen size to match your Amiga setup. 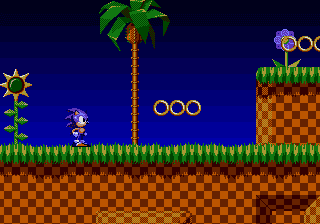 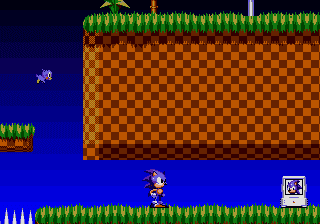 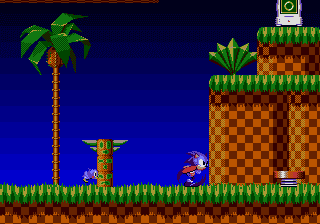 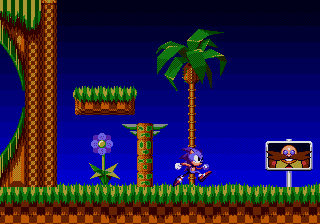